Friends: What kind of a friend are you?

I don’t think I’m a fabulous friend, but I’m a better friend than I used to be. Do you agree that being a friend – the kind of friend people want to have around – takes work? That doesn’t seem right, but I know it’s true for me. Some people make friendship seem so effortless. It doesn’t come natural for me. I have to review and perfect my friendship skills constantly.

I’ve never had any formal friendship training, which is the stuff you’re taught as  a child…turn the other cheek, respect and put others first, do unto others…yada yada. Instead I was taught to be competitive with others, including my sister and my playmates. The message in our household was, “Don’t let them get ahead of you, or get the best of you and always watch your back.”  As a result, I was convinced others were out to take advantage of me or make me look bad. I always had to be on my guard which makes building long-lasting friendships a difficult task, at best.
Throughout my childhood I had two unequivocal friends that I never questioned. The first was my cocker spaniel, Sparky, and the second was my relationship with books. Neither of these ‘friends’ would criticize, one up, or judge me. I spent lots more time with them than the flesh and blood varieties of “friends.” Because my dad was in the military and the family moved every one to three years it was easy to perfect a façadeof friendship without doing the substantive work to develop true alliances.
Another roadblock in my friendship journey was being taught ways of being in the world with men but not about how to be friends with other women. I was nearly 21 before I realized that the other half of the population was worth befriending. I’ll never forget the first time I could say I loved a woman friend. Being a confirmed heterosexual, I was surprised to acquire the depth of feelings for a woman co-worker who I visualized as a role model in exposing me to the rewards of female friends.
Christine was nurturing and kind, and had no ulterior motive in getting close to me. She inspired me to look differently at the people in my life. Through her, I learned to acquire and entertain women friends. For the first time in my life, I felt alive and worthy and not so suspicious of women around me. There must have been other women who lacked early friendship development like I did because I’ve run into them throughout my life and we’ve compared notes about being guarded around other women and unsure of their sincerity.
Okay, so this doesn’t mean that now that I’m all grown up I’m this expert friend and people – both men and women – are clambering to have Antonia for a friend. As a matter of fact, judging from recent events, I’ve got a long way to go in perfecting my technique.
I’m disappointed to say in the last year I completely alienated a dear friend by not being honest with her per se. No, I didn’t lie to her or gossip about her. I did, however, neglect to be honest in expressing my discomfort on a couple of occasions with her. Instead of saying I was feeling ill at ease with her behavior, I acted outright rude on an unrelated issue and, obviously she was hurt. In this way, I pushed her away. I did this three times and the last time she never came back. Going forward, my goal is to repair this fissure. Time will tell.
I’ve been surprised that these kinds of things happen to a senior such as myself. I truly thought I’d have figured out how friendships work and that I’d be basking in the glow of shared warm feelings for everyone in my circle. But there is more than one excellent lesson here for me to learn.
In addition to the enlightened perspective of my specific actions, I have learned that friendships are not stagnant and that there is not an expectation of perfection within the universe for obtaining and maintaining friendships. There may be people in my life today who won’t be there this time next year. Not because of advancing age but because of something said or done that alters the tide and makes a space for more and/or different people and lessons in the future.
When I ask myself, “What kind of a friend are you?” I can answer softly with lots of compassion for all my foibles: I’m the best kind of friend I know how to be today and
that will hopefully improve in the future. Books and pets continue to rank right up there with the relationships I value, but all the great learning opportunities around “people” friendships are just too juicy to pass up. It’s never too late, don’t you agree?
This week of Thanksgiving I’ll be giving thanks to all my friends among other things. As I have said before, the bounty of life can be found in our friendships. 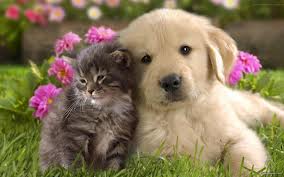