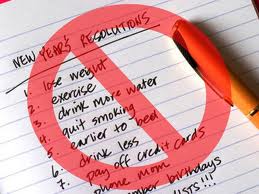 It’s not so much about making resolutions, resolutions which I’ve historically only been able to keep for about a week at the most. It’s not about sincere yet vaporous agreements with myself to eat better and exercise more. Okay, it used to be, but, now that I’m officially a senior citizen, I’ve cut way back on being naïve about such promises.

It’s about new beginnings. Today is the first day of a new year and the first day of the rest of my life (gag). In spite of the saccharine nature of the latter part of that statement, I take a moment and wonder what the New Year will bring. During the last month, many of my friends have repeatedly said something like, “The new year has got be better. It can’t be any worse than this last one.” Doesn’t it seem we’ve been saying that for several New Years?
While that’s a fairly negative stance on 2012, the sentiment is borne out of many years of publicized and/or personally experienced economic turmoil, joblessness, foreclosures, rollercoaster gas prices and general uncertainty.
And we have a new president. Not a new, new president, but a new term for President Obama. Hope springs eternal, in spite of the fiscal cliff fiasco! I promised myself, however, I’d never talk politics per se in this blog, so I divert away from any of that prickliness right now.
January 1 is similar to the first day of spring:  it’s a fresh start. To me, having a fresh start, be it big or small, is always a good thing. It’s that moment when I take stock, about a single issue or about life in general. (If I had a dollar for every Monday morning fresh start I attempted!) In this way, fresh starts are a gift. They are always there giving us hope and not slapping us in the face if we’re not entirely successful in incorporating new and better things into our lives.
New beginnings are age blind and economically resistant, and there are an unlimited number available to each and every one of us. What we do with them is our choice. We can even just talk about them with our friends and then ignore them. Kind of like subscribing to Martha Stewart but never doing anything except looking at the pictures in her magazine…but I digress.
A fresh start lets me once again face forward, dance to a different drummer – my drummer –  and once and for all get and keep an organized underwear drawer. This is the stuff of life!
Each moment is a fresh start, a new year, a Monday morning. Your gift bag filled with new beginnings is just as full today as it was yesterday…so go crazy. Try on some new habits, new ways of doing things that might bring you a greater sense of well being…or not.
What happens if you resolve to do something differently but it doesn’t stick? Nothing. You get another chance either a moment, a day or another New Year later to try it again if you really want it.
What are you looking for and hoping will happen in 2013? You know, of course, that if it’s any kind of change that you seek, it’s undoubtedly going to have to come from you, envisioned by you, created and developed by you and melded permanently into everyday life. What’s that saying that’s right on point here? You can’t do the same thing and expect a different result.
So bring it on! Roll around in all the possibilities! And don’t forget to have fun! 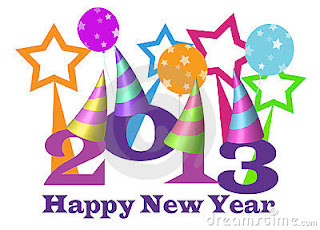