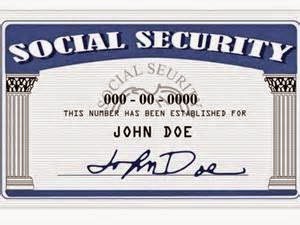 News Flash! Seniors are NOT responsible for the sorry state of the economy because of our use of Social Security benefits. That’s what some wealthy leaders and politicians would have the younger voting generation feel about our need and desire to retire and engage the benefits that were established for our use in 1935 under Roosevelt and for which we have contributed to our entire working careers. Personally, I have relied on these funds to support my life after leaving the work force. To withdraw or significantly reduce them after such a reliance would be devastating to many who need these funds just to make ends meet. There are millions of seniors who rely entirely on them just to stay alive and function within a bureaucracy that meagerly acknowledges the value and contribution of our elder communities across the U.S.


As seniors, we don’t have the opportunity to earn more money to support ourselves. Thus, proposed cuts and changes trap many elders into further poverty and poor living situations without a way out. The younger generation, however…the generation being sold seniors’ selfishness…does have the opportunity to make changes now that will allow them maximum retirement benefits when their time comes. Keep in mind, Social Security is completely self-funded from contributions earned by members who have or will receive the benefits. It draws no funds from the overall federal budget.
The closing of field offices and eliminating thousands of workers who help seniors navigate the system on a face-to-face basis is the current threat to not only seniors but to the disabled and children who also rely on these benefits. I’m not in favor of foisting our problems onto future generations, however, to significantly reduce Social Security benefits for current recipients is short sighted, politically motivated, and harmful to one of our most vulnerable groups of people. It’s bad enough that the closure of the majority of Social Security field offices forces non-techie seniors to use the Internet to communicate about their benefits with SS staff.
Lots of talk, little action
Both the government and the public have been complaining about the shortfalls associated with Social Security for well over a decade, yet no real changes have been proposed to date that would help alleviate the escalating shortages. As I’ve seen with many national issues, we’re better at complaining and scaring everyone than we are at doing the work to create viable solutions to the problem.
I’m confident you have or can find the resources to establish the best time for you to begin drawing on Social Security benefits. In the meantime, let’s encourage the efforts of politicians and other policy makers to find solutions rather than finding someone to blame.