Why Am I Thinking of Christmas in July?

Now that it’s July and I’m back to healthy eating and have returned to my fighting weight, I can confess that I was one of those millions of people who ate horribly from Thanksgiving to the New Year this past holiday season.

Six days before Christmas I got an e-mail from Kaiser saying I had missed my usual three-month blood test confirming type-2 diabetes was still at bay and that my cholesterol continued to be well under 200. Of course I missed getting the tests because I had eaten everything in sight from November 22nd through the last drop of crab dip on New Year ’s Day. With the exception of some fish and some cheese, I had stuck to my more usual vegan path until that Thursday in November. Beginning the weekend after Thanksgiving, I ate chips and bread and veggies dripping in butter with sour cream on top of practically everything and it seemed like I siphoned a barrel of wine and champagne during that time period. Even when I managed a total day of only vegan food, it was stuff that was processed or fried, foods considered strictly vegan but with a ton of oil and calories. Did you know you can eat a plate of French fries and wash them down with a Coke and still have consumed a vegan meal? Crazy, huh? And I’m not recommending it!

I e-mailed my doctor saying I wouldn’t be coming in for the tests until I’d gotten things under control. When I sent the e-mail, I was relieved that I immediately received an automated response saying she was on vacation for a couple of weeks. Phew! I could gobble up the last decadent unhealthy pieces of  homemade Almond Roca without fear of receiving an electronic castigation from her! 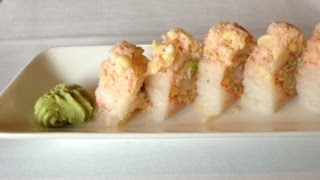 But, as we all know, what goes around, comes around, and those last morsels of artery-clogging and very familiar tidbits of sin had a huge effect on my journey along the narrow but healthy path of consuming a plant-based diet. At 65 years of age, I shouldn’t be dealing with this level of shame. I felt like a kindergartener sneaking and cheating and maintaining a dual personality of eating virtuously versus pigging out. And I felt like crap physically.

Within two hours of the automated e-mail reply, I was surprised by a call from my doctor’s assistant. Dang! I couldn’t catch a break – well, except for the one that allowed me to mindlessly eat off my desired path for nearly two months! Anyway, she called to see if I needed help and did I want my doctor to call me as soon as she got back in town. “No,” I practically screamed and, more calmly,  “Thank you but, no.” I could get back to better eating on my own. As it turns out, I couldn’t. I continued to postpone getting my lab work done. And finally my doctor, bless her heart, called me on her own.

To make a long story short, we talked. And we negotiated. In order to establish just where I was physically, I agreed to get the tests, but I didn’t have to see the results myself, and she promised not to chastise me, thus avoiding more kindergarten feelings. And that worked. I got back on the best eating program for me and I feel much better.

I do want to say, for some people, it isn’t always easy eating the best way in order to maintain health. Sure, staying on a plant-based program while avoiding animal products is pretty straightforward, but even some vegetables and fruits can cause problems for people too. If you’re gluten intolerant you have to seek out non-wheat products, and inflammatory foods such as delicious tomatoes, potatoes and green peppers are not the best for people who experience arthritis, if you believe that sort of information. In any case, I empathize if you’re trying to do better in the health department.

Is There a Moral?

So, what is the moral of this story? Well, there really isn’t one, except to say I hope you can learn from me if you’re putting off doing something that’s good for you; it doesn’t have to be eating properly; it can be starting a postponed project or reaching out to a long-lost friend or relative. Because I kept putting things off, the overall experience was long and arduous. Perhaps you can learn from my less than stellar experience.

Personally, by talking about this now instead of next Thanksgiving weekend, hopefully I can put into place a plan that will include what to do in case I start to veer off my chosen path.

Finally, I hope you (and me) can see the value in reaching out for help, even if you’re a senior citizen who feels s/he should be able to do it all on your own.

You might also enjoy:
Christmas:  Is It Really Just for Kids?