Christmas: Is It Really Just for Kids? 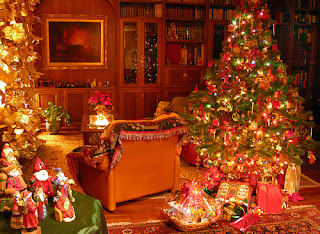 Merry Christmas everyone! I wish for you a joyous day with family and friends, a day filled abundantly with fellowship, spiritual connection and a bounty of great food, drink and laughter.

If you’ve been reading this blog the last few months you won’t be surprised to see me wax nostalgia on this day. It seems I’m taking a moment frequently to reflect on the past and look to the future. And Christmas is certainly a great time to do that.
The first significant Christmas I remember as a child was when I was 9 and we were living in . I surprisingly still believed in Santa. Thank goodness because I had a very long list of wants that year:  a big-girl bicycle, Madame Alexander doll and majorette boots WITH tassels were just a few of the items.
Come Christmas morning I was not disappointed. My sister and I, still in our jammies, tried to restrain ourselves as requested by our parents as we walked down the hall to the living room. The lights from the tree gave off a brilliant glow that lighted our way even though all other lights in the house were off. In the distance I could hear the whir of the Super 8 camera my dad had just wound up in order to capture our every look and gasp of glee. The living room was nearly impassible to the front door due to the cabillion presents for my sister and me. It was truly magical.
Funny, I don’t remember another Christmas as a child that came anywhere near to being that over the top. It seems I flew right from a gluttonous gift orgy to pining away Christmas eve wondering what was in the tiny box my boyfriend Ed had ceremoniously delivered earlier in the day. Hopefully it was a pearl ring. I was 17. In those days we didn’t/couldn’t afford to spend more than $20 on each other, and I had gotten him a God-awful mohair sweater that he never wore thank goodness because the mottled gold and green color made him look truly ill.
Years later I would throw that pearl ring at Ed when I found out he wanted to go out with Heather, who he eventually married. To this day, however, Ed and I remain friends and we often laugh about those early times. As a military brat who moved every 1-3 years, it’s comforting to have a friend who has known me for 35 years even though we don’t see each other very often.
For the most part, Christmases after the first couple years of my marriage to Art focused on the meal and who would be joining us. It was a big ‘to do,’ and we loved being in our large kitchen in Bodega Bay with the windows all steamed up from myriad foods cooking on our tiny range. The kitchen was big enough to house a couch in addition to a kitchen table, and everyone was drinking wine and playing with the cats who used the opportunity of many guests to open and close the sliding door at their every in and out whim.
With no children of our own, the meals and fellowship of family and friends were the focus of the vast majority of Christmas events. Art and I eventually went our own ways after about 13 years, and I shortly thereafter was folded into Chuck’s large family of three children, his three other brothers and their families and parents all around. My father had passed in 1976 so my mother and sometimes my sister would join us.
Many of our Christmases were spent driving to to be with one of Chuck’s brother and his family. We’d actually be on the road in a motor home on Christmas day, thus the burger from some obscure McDonalds that was open was in sharp contrast to the gourmet meals we’d prepare at home. We lived in a converted barn without a lot of amenities but Chuck could BBQ anything and I could even make a delicious apple crisp in the Weber.
Logically, the focus of Christmas these days is on the grand kids. It is for us now to let others do the doing. Sure we can contribute a dish here, gifts and/or money all around, lend a helping hand bringing in wood or distracting a wee child who is melting down after an action filled day.
Invariably I remember that Christmas in when I was 9…the wonderment, the excitement and the sheer joy of being so blessed. I see a lot of that reflected in the faces of the kids now. The gifts I receive are not the stuff, the delicious food and drink or even in the knowing my presence is welcomed and appreciated. The gifts I get are the kind I get all year long…they may not be as exciting, but they never break and/or their batteries never run low.

My best to each and everyone of you!